Watching an action movie, it's hard to imagine that part of a film's set was last seen in a light-hearted, romantic comedy. The walls in Rake were also used in Girl with the Dragon Tattoo, Lincoln Lawyer, Social Network, and Mad Love. The jet used by Red in The Blacklist is actually the same one from The Amazing Spider-Man™ 2.

With approximately 18,000 set pieces in storage, productions can choose to reuse pieces from previously used in a variety of movies and television shows.

Similarly, wardrobe, props and set dressing are reused over and over. Sony Pictures has over 80 thousand pieces in its prop and set dressing warehouse and over one mile of wardrobe racks of clothes ready to reuse. 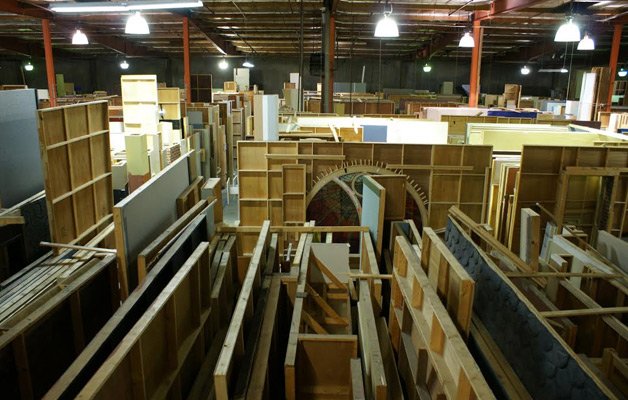